For hundreds of years the resolution of light microscopy was fundamentally limited by diffraction, with ~200 nanometers (nm) being regarded as the approximate limit in XY. This may be sufficient for observing single cells and many sub-cellular features, but it is insufficient for resolving fine sub-organelle scale details and single biomolecules, which often have dimensions in the single nm.

Recent history has witnessed the invention of numerous “super-resolution” optical imaging methods, exploiting different strategies for circumventing the limit imposed by diffraction. The importance of super-resolution was recognized with the 2014 Nobel Prize in Chemistry and has already contributed to several discoveries, such as the structure of the axonal periodic scaffold.

The Nikon N-STORM Super-Resolution Microscope System provides the highest resolution of the systems offered by Nikon, approximately an order of magnitude greater compared to widefield epifluorescence in XYZ. The N-STORM is configured on the Ti2-E inverted microscope, which provides high stability thanks to the Perfect Focus System 4 (PFS4) focus-locking system, which is also utilized for fine axial translation for our Z-stacking STORM imaging mode, allowing for volumes up to ~5 µm thick to be imaged. Conventional total internal reflection fluorescence (TIRF) imaging is also possible using the N-STORM.

The N-SIM S Super-Resolution Microscope System uses a spatial light modulator to realize fast-switching of interference patterns, providing a speed boost for both 9-image (2D-SIM, TIRF-SIM) and 15-image (3D-SIM) modes. 9-image SIM can be performed at rates of up to 15 frames per second (FPS) – compatible with many live cell imaging applications. TIRF-SIM provides an additional resolution increase in (XY), along with the optical sectioning of TIRF microscopy. The N-SIM E Super-Resolution Microscope System is a more cost-effective SIM model for 3D-SIM imaging, and provides the same resolution improvement as the N-SIM S.

*These values are provided as an approximate reference. Resolution performance will vary depending on exact conditions. Resolution estimates are not provided for dimensions where improvement is not expected. 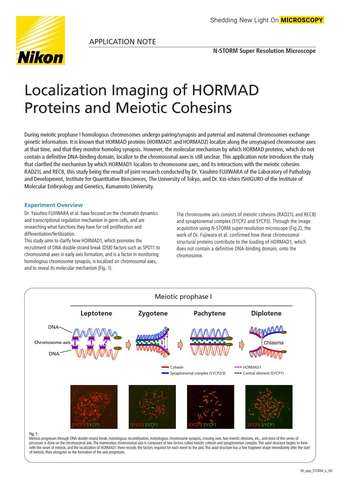 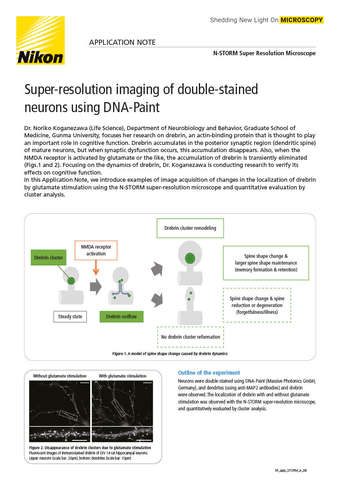 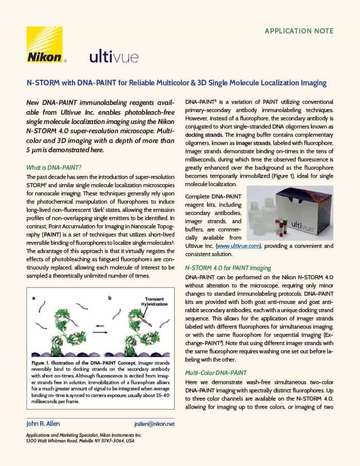 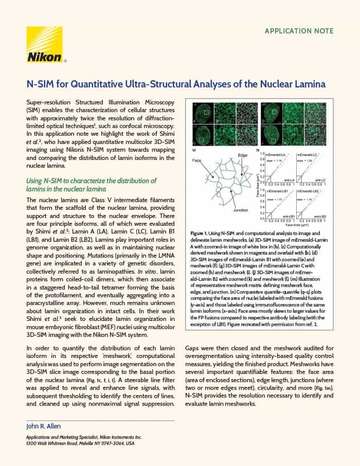 N-SIM for Quantitative Ultra-Structural Analyses of the Nuclear Lamina 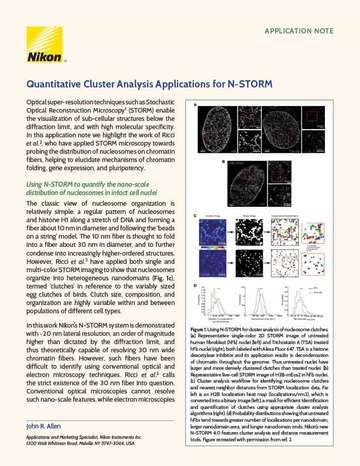 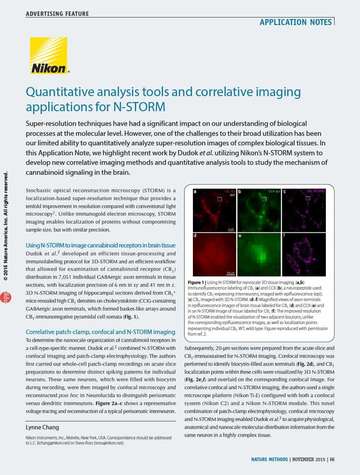 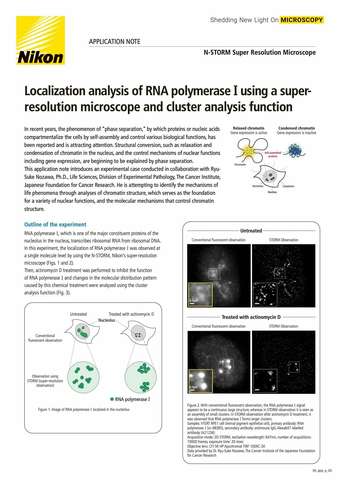 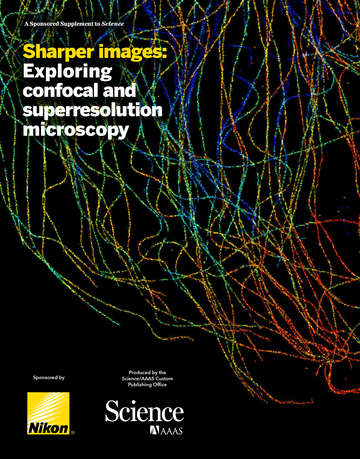 Finding the Super-Resolution Method That’s Right for You

Super-resolution imaging techniques provide resolution improvement past the diffraction limit, but each technique also has its own limitations and trade-offs that should be well understood in order to determine which is best suited towards your research.

First and foremost, super-resolution acquisition rates are generally slower than traditional techniques. Imaging with N-STORM is difficult for application in live cells due to the slower acquisition rate (almost universally requiring more than one second per frame). STORM and other SMLM techniques provide the greatest resolution improvement, but they are compatible with a limited number of fluorophores, many of which require specialized buffer systems that aren’t compatible with live cells.

The N-SIM S and Yokogawa CSU-W1-SoRa are better suited for super-resolution live cell imaging as they support faster imaging rates (15 FPS for N-SIM S, higher for CSU-W1-SoRa) and can be used with conventional fluorophores without specific buffer systems.

One of the most critical factors with regard to maximizing optical resolution is the choice of objective lens. This applies equally to super-resolution as to other imaging techniques.

Sometimes the resolution needed to answer your question is not too far beyond the conventional, and thus may not necessitate some of the trade-offs demanded by super-resolution methods. In such an instance we recommend that you consider the potential of what we refer to as “enhanced resolution” confocal imaging.

What is enhanced resolution confocal imaging? The key point to understand is that the traditional confocal microscope is already capable of a certain degree of resolution improvement beyond what’s possible with a typical widefield microscope, with a theoretical limit of ~140 nm (XY) being well described. However, reaching this limit requires the use of an infinitely small pinhole aperture. Fortunately, in practice a pinhole size of ~0.5 Airy Units can be combined with post-acquisition 3D iterative deconvolution to approach this limit, with ~160 nm resolution (XY) being a realistic target for a range of imaging conditions.

The Nikon AX / AX R point-scanning confocal microscopes are capable of enhanced resolution imaging. Advantages include being able to precisely tune detection for most visible spectrum fluorophores and supporting simultaneous acquisition of up to four spectral channels. The pinhole is continuously variable and has a hexagonal (rather than square) shape, allowing for more precise adjustment. With the AX R resonant scanning confocal model, it’s possible to image at video rate (30 FPS) and faster while still benefitting from enhanced resolution.

Compatible Microscope Stands
This refers to the Nikon microscope stand models that are compatible with each system.
Maximum Image Acquisition Area
The largest field of view (measured in the sample space) supported by the technique using the specified objective lens magnification factor.
Relative Imaging Depth Limit
This indicates the approximate Z (axial) depth range within which the indicated system can deliver images with sufficient optical sectioning quality and signal-to-noise. This value can be quite variable and depends heavily on the optical properties of the specimen and vessel, as well as the labeling.
Relative Optical Resolution Limit
The practical resolution limit of the given system. The value for lateral (XY) resolution is typically different than that for axial (Z) resolution. If a Z-resolution value is not given, then no improvement is provided in that dimension.
Supported Image Acquisition Rate
Rates are shown as frames per second (FPS).
Supported Spectral Channels
This refers to the number of possible spectral (color) channels that are supported (assuming one laser line for each type of fluorophore).