Sperm, with its unique shape, is known to be generated from small spherical sperm cells in the seminiferous tubules of the testes. Previous research has shown that close interaction between sperm cells and Sertoli cells, which are supporting cells in seminiferous tubules, is important for normal sperm morphogenesis. Cell-to-cell adhesion between sperm cells and Sertoli cells consists of cell-to-cell adhesion molecules and cytoskeleton actin; however, the structure of this F-actin and its formation/maintenance mechanism are mostly unknown, and their physiological significance is also unclear. This application note introduces an example in which Dr. Dean Thumkeo of the Department of Drug Discovery Medicine, Kyoto University Graduate School of Medicine clearly captured images of the architecture of a nanoscale three-dimensional network of cortical actin filaments in Sertoli cells using a super-resolution microscope. 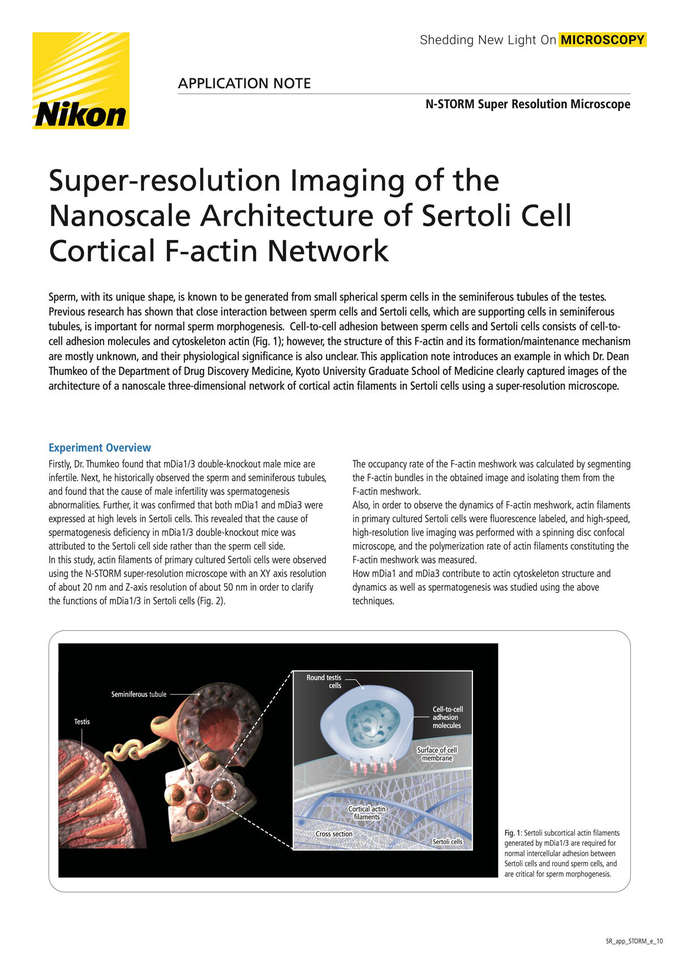